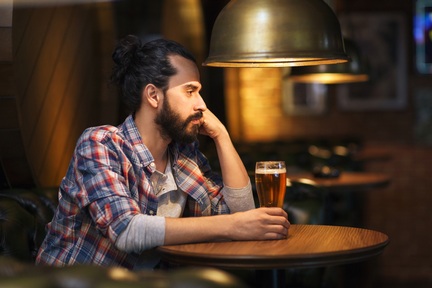 Most people know someone who has experienced loneliness. But loneliness is no longer thought to be just an older person’s problem – it affects young people too.

In March last year, the Office for National Statistics reported that despite rises in people’s disposable income and a higher employment rate, people’s mental wellbeing scores had fallen.

In December it was reported that ‘millennials’ (those reaching adulthood at the turn of the 21st century) are ‘more lonely’ than older generations, with hectic social calendars and financial stress being cited as the most common reasons for people experiencing mental health problems and being more lonely than in the past.

Loneliness can affect anyone at any age

In December, the British Red Cross and the Co-Operative Group published a study which revealed that almost one-fifth of the UK population (nearly nine million people) are always or often lonely. This includes young mums and single parents, those with health and mobility issues and those who are physically isolated in their communities.

Befriending and volunteering schemes are proving crucial to supporting people who are lonely and isolated.

Chief executive of the charity, Oonagh Aitken said: “Often our volunteers say they want to give something back to their own community. For younger people sometimes it’s about employability skills and confidence building. For others, they said they want to transform people’s lives. Some people want to get out and for others it is about improving their physical and mental wellbeing.”