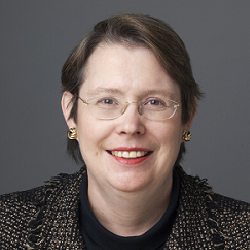 It feels like there’s a real buzz around Volunteers’ Week (1st-12th June) this year.BBC Volunteering Season has played a big part in this, but I think there’s more to it than that. It looks to me as though public enthusiasm for volunteering is growing.

This is the year that Volunteers’ Week has been extended from seven to twelve days, enabling more people to take part. The final day coincides with the Patron’s lunch: a celebration of Her Majesty the Queen’s lifetime of service to more than 600 charities and organisations, on the occasion of her 90th birthday.

But this is nothing new. Volunteering has always been a prominent feature of our society. Over 21 million people volunteer in the UK at least once a year and this contributes an estimated £24bn to the UK economy. The 2016 UK Civil Society Almanac revealed that two in five adults have volunteered at least once in the past year. An  found that 42% of young people took part in meaningful social action in 2015. And I suspect that there’s even more volunteering that goes – perhaps modestly – unrecorded.

Why is there such an appetite for volunteering?