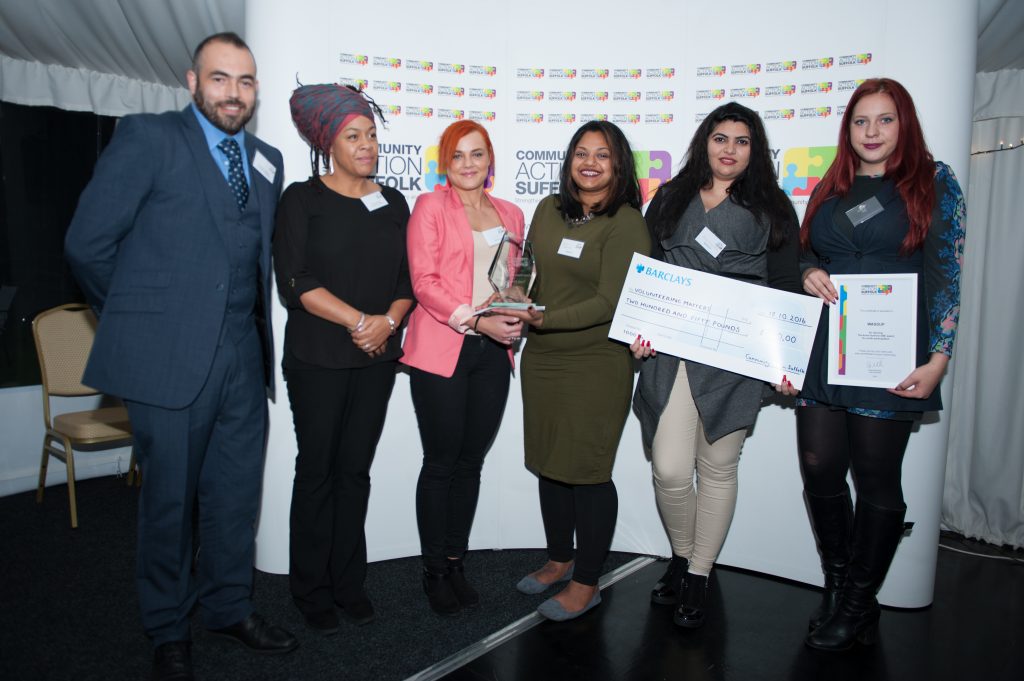 Our Women Against Sexual violence and exploitation Speak UP (WASSUP) project, based in Ipswich, has won the Anne Dunford OBE Award for youth participation. The award is part of the Community Action Suffolk Awards 2016, which recognise the volunteers, communities and young people making an impact on the lives of people in Suffolk.

The Anne Dunford OBE Award is for a group of young people who have taken a leadership role in a decision-making process for the benefit of young people.

The aim of the WASSUP project is to offer vulnerable young people at risk of, or affected by, sexual exploitation with the support they need to access safe pathways and recover from their experiences.

The project delivers workshops in schools and other settings to raise awareness of the early warning signs of exploitation. WASSUP is multi-cultural and aims to be accessible for young people who speak English as a second language.

Tonia Wilson, project manager for WASSUP, said: “I’m so pleased that WASSUP has won the Anne Dunford OBE Award for youth participation. The young women who set up WASSUP in Ipswich are inspirational. They have created a vital support network for women who have been affected by sexual exploitation, enabling them to recover from their experiences, support others and campaign for change.”