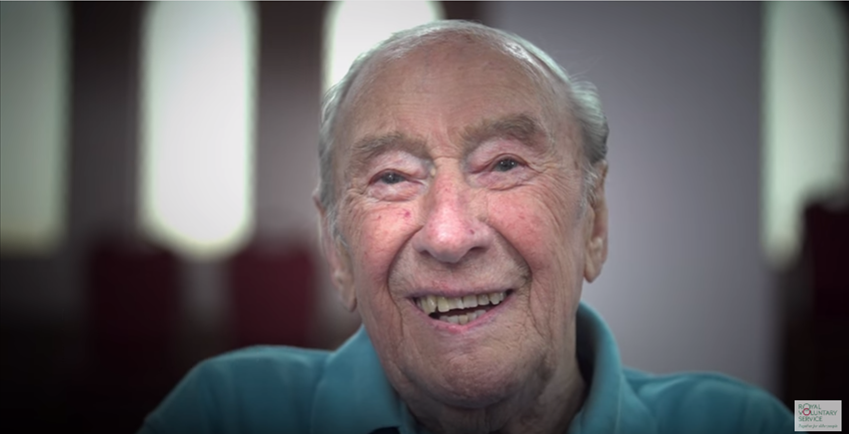 The Sporting Chance group in Middlesbrough were surprised by a camera crew last month after being selected to star in a film as part of the Jo Cox Commission on Loneliness spotlight on men month which runs until the 4th of June.

The national campaign aims to expose the growing crisis of loneliness and encourage people to take action to overcome the problem by starting a conversation.

Harry said: “When you get to my age it can sometimes be difficult to make new friends. I found that the activity groups I attended were made up mostly of women, with only two or three men. That’s why I enjoy coming to Sporting Chance, the camaraderie.”

Volunteering Matters Development Officer, Derrick Previll, said: “We were delighted that our Sporting Chance group were up for being part of the campaign and want to thank Harry for being such a good sport. At 95 he more than keeps up with his team mates!”

Sporting Chance is supported by the players of the People’s Postcode Lottery and following success in Middlesbrough and Stockton, will soon be coming to Sheffield.

The film, which has been created by Prudential UK for the Jo Cox Commission on Loneliness launched this month and is available to view here.