Home / News / Sheffield over 50s given a Sporting Chance 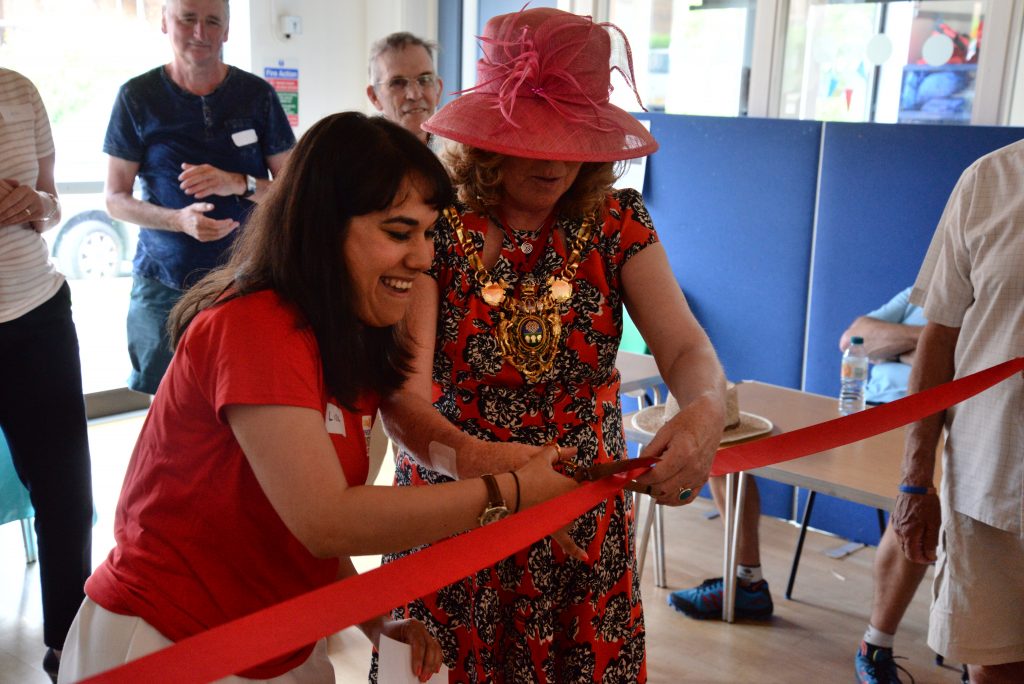 Sheffield over 50s were joined by special guests including Anne Murphy, the Lord Mayor of Sheffield at Longley Four Greens Community Centre this week to celebrate the launch of Sporting Chance.

The project, which has been a huge success in Middlesbrough and Stockton-on-Tees is now coming to Sheffield thanks to support from the players of the People’s Postcode Lottery.

Sporting Chance offers a range of free activities, such as exercise classes and social groups. The aim is to improve both the mental and physical well-being of older men, who are often isolated and more likely to suffer from serious long-term illness.

We introduced Sporting Chance to the city with activity taster sessions including badminton and indoor kurling and were over the moon to see so many local residents at the launch event. Everyone in the city has been amazing and we’ve already got some brilliant activities lined up.

We know that Sporting Chance is effective in preventing and managing symptoms of conditions such as diabetes, stroke and chronic respiratory disease. It has been hugely successful in other areas, both from physical and mental health points of view and we hope to replicate that success in Sheffield.

Cutting the ribbon to open up the activities, Anne Murphy, the Lord Mayor of Sheffield, said:

“There’s an assumption that older men in Sheffield aren’t isolated, that they have their own activities and things to do but, but sadly this isn’t the case. I’m very happy to see Sporting Chance come to Sheffield and want to thank all of those involved in the project from Middlesbrough for coming such a long way to support the launch. Hopefully in a year’s time we’ll have the same number of participants here in Sheffield who can go to another city or town and support the project’s arrival there.”