Home / Blog / The power of a relationship 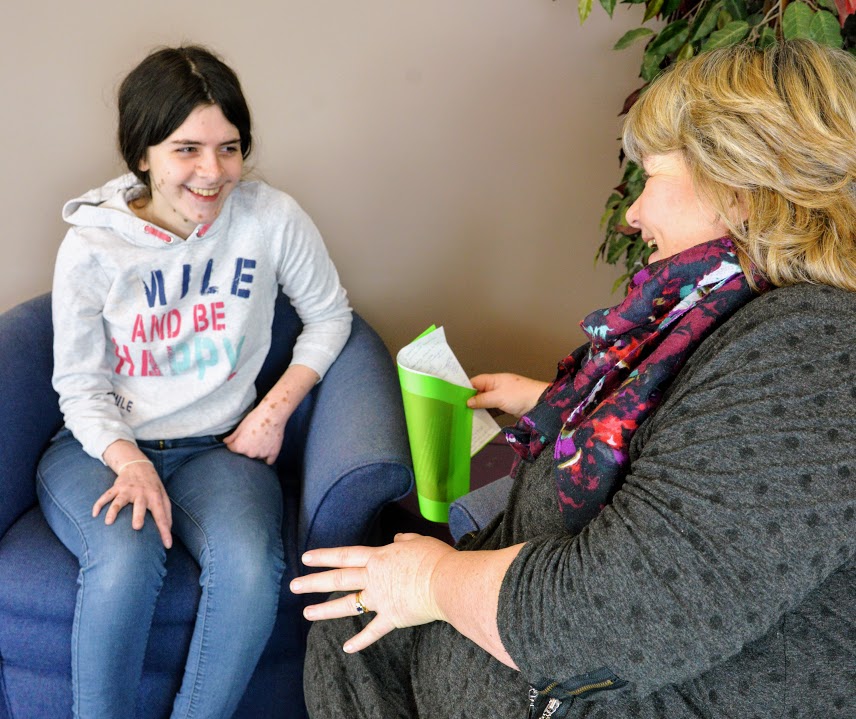 Our Head of National Programmes Gethyn Williams and Will Bibby, Programme Manager at Nesta, on how Grandmentors is changing the lives of some of the most disadvantaged young people. This article was originally published on the Nesta website.

Imagine having to navigate all the challenges of becoming an adult without the support of your family. That’s the prospect that tens of thousands of young people who leave state care each year are faced with.

Someone who has grown up in care may have had more than 20 different foster placements by the time they leave care and their life chances are significantly worse than the general population. For example, just 6% of care leavers go to university, compared with nearly 50% of young people as a whole.

In celebration of National Care Leavers Week and National Mentoring Day on Saturday, we shine a light on the impact mentoring can have on the lives of young people, showcasing Grandmentors, an intergenerational mentoring programme that matches older professionals with young care leavers.

“I know the benefit and impact that a little bit of guidance can have,’ says Karen, a recently retired head teacher, describing why she decided to become Grandmentor.

Karen’s motivations are typical of the 200 plus Grandmentors that have taken part in the programme run by Volunteering Matters since it first began in Islington, North London almost a decade ago. Inspired by the role that grandparents play, the programme supports mentors aged over 50 use their wisdom, energy and life experience to help young people leaving care stay on track and achieve their potential.

At its heart, Grandmentors is about creating safe and positive relationships. With their support, care leavers identify and work towards personal goals, through regular meetings for a minimum of 6 months. Slowly and surely, Grandmentors build up a relationship of trust and mutual respect. Often, the Grandmentor becomes a positive role model, boosting the young person’s confidence and supporting them to develop their skills.

The impact of a trusting, supportive mentoring relationship

Filmon, from North London, arrived in Britain aged 11 as a refugee from Eritrea, not speaking any English. Before meeting his Grandmentor, Jeremy, he had struggled with his self-confidence. “My social worker suggested I get a mentor and I agreed I’d give Grandmentors a shot. I’m glad I did because Jeremy’s such a nice guy.”

In addition to building belief in themselves, mentors help mentees set goals that often include things like progression in employment or education, developing independent living skills and building a network of positive relationships.

For example, Jeremy has used his social networks to make new connections for Filmon. “I usually have something I need help with and Jeremy’s always got something to offer,” Filmon explained. “I was coaching when I met Jeremy, and he’s helped me meet other people in that area. Like physiotherapy – Jeremy had a friend who’s a physiotherapist and he introduced us to each other.”

When young care leavers often have to interact with tens of different statutory professionals and agencies each week, having an independent relationship with someone whose sole focus is to help them grow is so important.

A mentor isn’t a substitute for effective support from public services, of course. But having someone to turn to who isn’t a paid professional, who believes in you, and who doesn’t have an agenda and won’t judge you is something that most of us take for granted but can be life changing for a young person leaving care.

And the Grandmentors understand the power of the relationship, too. “Some Grandmentors work extremely hard … to build a trusting relationship,” says Filmon’s mentor, Jeremy, “which itself is often the most valuable gift to a mentee.”

“Through my work, I had become very aware of how difficult it is for youngsters today,” explains Lord David Freud, a former Welfare Reform minister who set up Grandmentors with Volunteering Matters. ‘I was thinking about the wonderful relationship I had with my grandparents. Their role is very specific because, unlike parents, they’re non-judgmental. Even if you’re being an idiot, they offer a sympathetic ear.’

Nesta’s Good and Bad Help report illustrates how this kind of non-judgemental support, which builds a sense of purpose and confidence, transforms lives. And the programme is being recognised for doing just that, winning this year’s Charity Awards in the Social Care, Advice and Support category and being chosen as one of the finalists in the recent Good Help Awards.

Today, Grandmentors operates in Islington, Hounslow, Ipswich, Kent, Stockton, Milton Keynes and Wiltshire, with others areas due to join them in the coming months*. Supported by the Second Half Fund, a partnership between Nesta and the Office for Civil Society, the programme has doubled in size in the last two years and is on track to support over 500 young people across England within the next twelve months.

Long-term, our vision is that every care leaver in the country has access to a Grandmentor, should they choose.

Because every young person deserves to have someone in their life who believes in them.

*Unlike a lot of other referral or signposting schemes, Grandmentors is a genuine partnership with local public services. Volunteering Matters and local authorities share the costs of delivery, and the charity’s volunteer co-ordinator is embedded, sitting with and working alongside the Authority’s Leaving Care Team.

If you’re interested in becoming a Grandmentor, bringing Grandmentors to your area, or finding out more about its impact, please get in touch with Gethyn Williams, Head of National Programmes at: