Home / Blog / Grenfell Tower and the contribution of volunteers 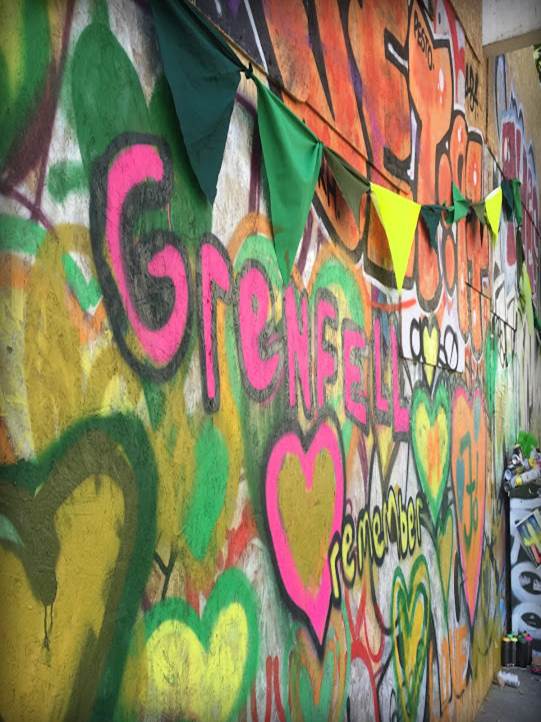 Volunteering and civil emergencies: learning in the aftermath of Grenfell

The Grenfell Tower fire tragedy did not end on 14th June.  Grief, trauma and dislocation are still affecting the communities of North Kensington today.  The work of healing and reconstruction will take years; and the reckoning will be complex and far reaching.  But two months after the fire itself, what can volunteer involving organisations in particular learn from what took place, so that they can be better prepared for civil emergencies in the future?

Volunteering Matters chairs and provides the secretariat for the National Network of Volunteer Involving Agencies (NNVIA). Our co-chair at the time in August, Gethyn Williams, wrote here about the discussion at August’s NNVIA meeting.

On 3 August the UK Director for Independent Living and Crisis Response at the British Red Cross (BRC), Colin Brown, joined NNVIA to share his insights into the role of volunteers in civic emergencies. This year alone the BRC have played leading roles in the operations following the terrorist attacks at Westminster, London Bridge and Manchester, as well as most recently, the tragedy at Grenfell Tower.

Colin acknowledged that the nature of these events represents a step change to those in which the BRC are usually involved (such as the aftermath of floods). Whilst they still primarily run ‘psychosocial’ operations, this year’s events have seen marked differences in the levels of trauma their teams dealt with, including work with local residents not directly affected by the incidents, and even on BRC volunteers themselves.

Colin explained that the BRC have a particular role in crisis situations as defined under the Civil Contingencies Act. This provides for the mechanisms to link them to central and local government, the GLA in London and other statutory agencies like NHS Outreach, to be on the ground quickly when needed.

NNVIA’s purpose in inviting Colin was to better-understand the role volunteers and volunteering infrastructure can play in civil emergencies. Following his introduction, our discussion was framed under the following questions.

What kinds of roles do volunteers undertake in civil emergencies?

As highlighted by Colin, the role BRC volunteers typically play is geared around providing practical and emotional support to victims in moments of crisis. These are often based in key civic centres or dedicated community assistance centres, such as the one BRC set up at the Westway leisure centre immediately after Grenfell.

Beyond the BRC volunteers, it was reported that both RBKC (the local authority) and the local Volunteer Centre received huge demand from individuals looking to offer practical help and time in the immediate aftermath. Both the RBKC and the local volunteer centre were largely unable to channel this demand into practical social action. It was also noted that failing to even acknowledge peoples’ offers of help in a timely way was a real risk – both in terms of trust in the organisations involved and on peoples’ motivations to volunteer again in the future.

How can/should volunteers and Volunteer Involving Agencies (VIAs) work alongside statutory agencies in these circumstances?

Picking up on the point above, there was a tangible absence of a co-ordinating body for volunteers in the immediate aftermath of Grenfell. This role could be considered under a wider umbrella of people wanting to ‘give’ (be it time, money or goods). Alongside the issue of channelling peoples’ desires to give their time, it was noted that while routes to donate were plentiful and quickly established, there was often an excess of goods donated (including in some areas too many items, or the wrong kind of items).

In addition to the co-ordination question, an official from DCLG said they valued the role of all local charities as their “eyes and ears on the ground” in situations such as these, alerting them to both real and potential issues. This role also has the potential to direct emergency funding. Elsewhere members discussed whether local charities and VIAs should be more involved in the crisis response plans of Local Authorities, and whether local Compacts were an adequate vehicle to drive conversations and action.

What is the appropriate role of infrastructure in the coordination and mobilisation of volunteers?

Points and questions in this section included:

We’d like to hear your thoughts – especially if you are a NNVIA member who couldn’t be there at the meeting. To join the conversation, NNVIA members should register with the online networking platform Workplace and join the NNVIA group.