Home / Blog / Getting (City)wise to unemployment 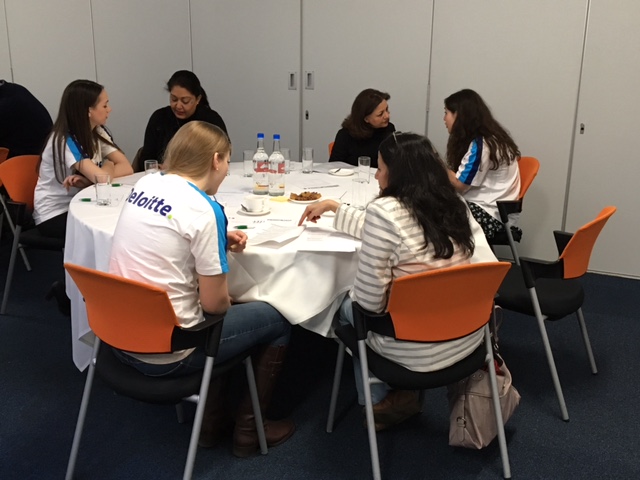 Synopsis: Unemployment amongst those aged 50+ has increased dramatically over the past few years.  The national charity Volunteering Matters and Deloitte are looking at practical ways to address this.

This January, 10 staff from Deloitte’s Tax unit ran a joint workshop with colleagues from Volunteering Matters’ Citywise programme and the charity’s Employee Volunteering team. Citywise is a volunteering programme  for people who are aged 50+ and struggling with long-term unemployment and/or would like to set up their own projects or enterprises. The workshop was designed to harness the skills of staff from both organisations, not to speak of those of the Citywise volunteers.

All the Citywise participants felt that they had learned useful skills that might hep them find a job, that they were challenged in a good way, that they can now communicate better with others and almost all of them feel more positive about their future now. Sue King, Training Project Coordinator said: “The interaction between Deloitte volunteers and our volunteers was a delight to watch. The day added value to the service we provide our volunteers and helped them move forward with their employability aspirations. “

Similarly, feedback from the Deloitte volunteers was very positive, with 100% reporting that they felt they had made a real difference on the day, as well as developing their professional and personal skills – and their pride in Deloitte. The Deloitte team leader remarked that, “the day was incredibly rewarding for the team, not only did they come away having helped somebody on a one to one basis they also benefited from the opportunity to put themselves out of their comfort zone. Bringing all the skills they have built up at Deloitte and applying them to a completely new context.”

But the proof appears in the pudding, as so far 5 out of the 26 Citywise participants have since found employment, while others have developed their ideas for setting up their own businesses further. We look forward to seeing what emerges from future workshops – designed and developed together.