Home / Blog / A day in the life of a Volunteer Organiser 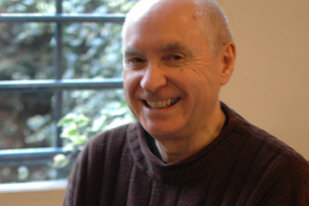 RSVP Publicity Volunteer, Colin Mason, caught up with two Volunteer Organisers to find out more about their experience of the role

Being a Volunteer Organiser can be incredibly interesting and fulfilling but sometimes people can have misgivings about taking on the role, feeling that they might be overwhelmed or that the responsibility might be too daunting. The Retired and Senior Volunteer Programme (RSVP) is very lucky to have some incredible and dedicated Volunteer Organisers who have made a terrific difference in their regions and who find the role very enjoyable and stimulating. Two such are Bob Maggs and Linda Brown.

Bob set up and has been running RSVP West, covering Bristol, Bath and large areas of Gloucestershire and Somerset, since 1994 during which time he has overseen the growth and development of a variety of vital schemes in many areas.

Linda similarly set up and has been running Norfolk Knitters and Stitchers since 2008, during which time she has led the tremendous growth in the project from a one-off small group to a county-wide organisation with over 3,000 members, 20 per cent of whom joined in the last year.

Linda’s background is in teaching and she became involved originally with RSVP really by accident when trying to find an outlet for the charity knitting she and some friends were doing.  Bob by contrast formerly worked in the private sector mainly as a Sales Manager in the computer industry in Australia and the UK.  His route into RSVP was based on the fact that he had made donations to RSVP and that he was contacted by the first RSVP Director.

So what do Bob and Linda particularly like about being volunteer organisers?  Bob speaks of several things: firstly, that nobody can say that RSVP is not a simple, outstanding idea, that the volunteer-led model is crucial and that the attraction of working with such a wide variety of very good people is captivating.

Linda echoes this and says: “Meeting so many different people and working alongside them, giving them opportunities to develop and then watching them grow in confidence is immensely satisfying.  There might be some hard work involved but it is always accompanied by lots of laughter, chatter and companionship.”

Thinking about the skills which might be an advantage when becoming an organiser, and what the role could involve, they both had several thoughts.  Linda mentions identifying people’s strengths and finding ways of using them, and Bob raises other points, primarily that you must believe in what you are doing, enjoy working in a team and never break commitments made to those you serve—he calls it ‘serious fun’.

Of course as with all volunteering there is a buzz to be had from making a difference in the community and from all its benefits, but is there anything else about being an organiser which has given Linda and Bob real pleasure?

Linda says that the real satisfaction is in finding yourself redundant!  As she explains: “I attended a Roadshow event run by our sister organisation in Suffolk which we in Norfolk have helped to start, and found myself at a complete loose end!  The event was so well organised, all the helpers were working wonderfully, over 100 people turned up and the whole thing was a great success. That felt like a real achievement.”

Bob concludes with this universal thought: “We do not know how anything other than what RSVP has to offer could have resulted in so much pleasure, satisfaction and new friendships over so many years.”

Bob and Linda clearly get so much from their organiser roles at every level, and they are just two of the many RSVP Volunteer Organisers across the UK who are enjoying their roles and making a difference.  So take heart if you’ve ever thought of becoming an organiser but were concerned about the pressures which might be involved.  As Bob and Linda discovered, it can be tremendous fun and fulfilling in ways which you never imagined.

To find out more about becoming a Volunteer Organiser visit this page.