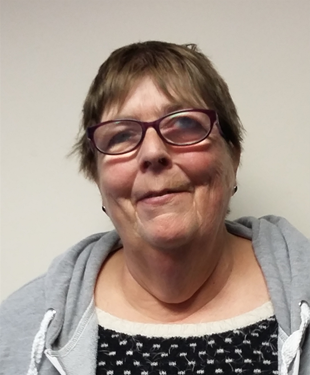 “Over the past 6 years, my husband has suffered 10 mini strokes which affected him both physically and emotionally, and left him bitter and frustrated.

This manifested in outbursts of anger, depression and low self esteem, and affected his cognitive memory. His last stroke affected his power of speech, and as I am hearing impaired, I find it very difficult to understand him. When this happens, he becomes very upset, describing himself as “useless”. Social isolation had become a major issue for him.

I am a retired Social Worker, and I have worked with many families affected by stroke, but when it is a member of your own family, professional training goes out of the window and it’s to handle certain behaviours Although it’s borne out of frustration, it’s like walking on eggshells for fear that I say something that could result in an outburst of anger.

A team of statutory and voluntary agencies stepped in to offer emotional and practical support, including Ageing Better Middlesbrough, where we met Paula and Pam through their partnership Peer Friendship project with Volunteering Matters. Paula and Pam showed us the light at the end of the tunnel.

My husband now attends a lunch club on Wednesdays, Friendship Club on Fridays, and once a week; his Peer Friend comes to take him out. They visit garden centres, museums, sometimes a day out in Whitby. The change in my husband has been remarkable, it’s increased his self esteem and he’s made new friends. He’s also started speech therapy, which is hard work for him, but he doesn’t quit.

Pam has suggested that I become involved in Ageing Better Middlesbrough Action Group, so I’m currently looking into that. I’m also a member of a carers group, and these activities provide me with respite and quality time for myself.

I hope this account of the struggle that we have faced, as a family, will inspire others to realise that with the right practical and emotional support, it is not the end, but a new chapter in your life.”