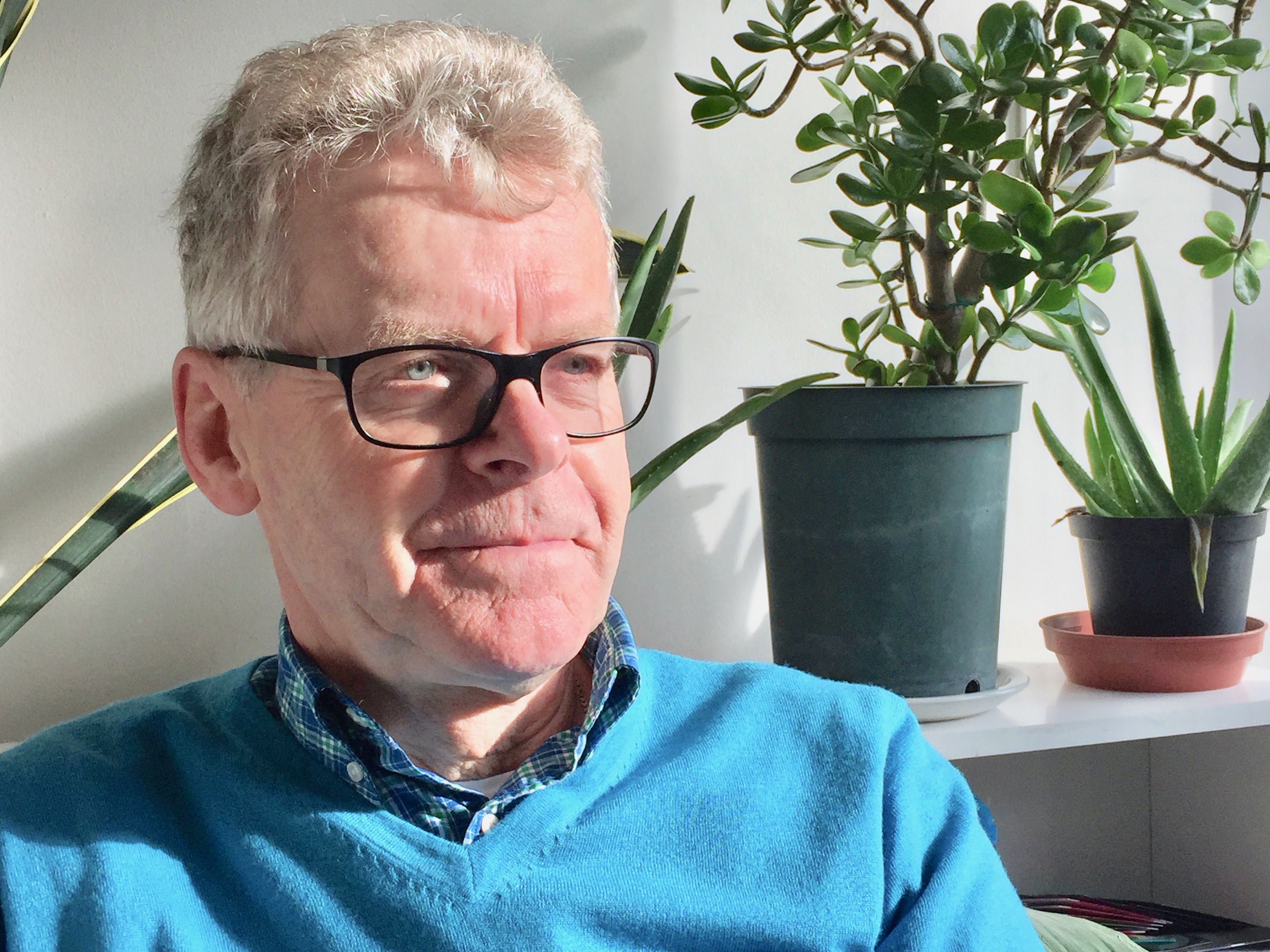 “I am 69 and have been retired from full-time employment for about nine years, with a background in education management. My mentee, Fida Hussain, is a 27-year-old Afghan who fled from his country having lost both his parents in the wars. He is bright, fit and healthy, and a really motivated young man intent on standing on his own two feet and making his way in the world.

I decided to get involved with the Grandmentors programme after seeing their advert for volunteers. I had had a number of volunteering experiences but I wanted something more “hands-on”. I was subsequently matched to be a Grandmentor to Fida in December 2011. In the beginning, we saw each other every week for about an hour or so to help Fida with planning his future; defining his objectives and offering help and support to meet them. More recently, now that Fida has settled into employment and daily life, I am more “on call” depending on whether he needs me.

I have had the pleasure of supporting Fida with various life objectives and challenges. First and foremost was his UK citizenship – and supporting him through all stages of his application,  from contacting his local MP to practicing for the UK Citizenship test which he successfully passed in August 2015.

For most of our match, Fida ran a market stall, though had to give it up for economic reasons.Since then, I have supported him with job applications and interview preparation, and for  the last 2 years or so, Fida has been in a steady job as a catering assistant. I have also assisted with his language skills via direct tuition and encouraging him to sign up for courses both for practicing English as well as courses tailored to employment training.

I think I have been extremely lucky in getting Fida as a mentee. He is an extraordinarily dedicated, young man with strong beliefs about standing on his own two feet, staying healthy, and making his way in life. This is good, because I strongly agree with a quote I read from Stephen Spielberg: The delicate balance of mentoring someone is not creating them in your own image, but giving them the opportunity to create themselves.

Personally, I really like the inter-generational element, provided its two-way dimension is properly in place. In the case of Grandmentors, many of the mentors have little experience of the target group we deal with (young people leaving care and lacking adult role models). Although we cannot be a substitute for the proper support mechanisms within Social Services and Young People’s services, I feel like the support of a Grandmentor contributes to the stable environment needed for a young person to truly thrive.

What mentors do can be seen as “giving back”, but for me that is not the primary force nor the primary motivation. The mentors I know have mostly had successful careers and are no longer exercising them in a substantial way. Mentoring gives us an opportunity to continue to deploy our skills and knowledge, but in a very different environment.

I do not see mentors as social heroes but as people who can apply their skills usefully in today’s world, remain socially active and useful, and gain personal satisfaction from what they are doing.”

Fida and I have benefited enormously from this mentoring programme and want to record our thanks to all those involved in its creation and maintenance, most clearly Volunteering Matters as well as Independent Futures, whose energetic staff have given tremendous support to both Fida and myself over the years.