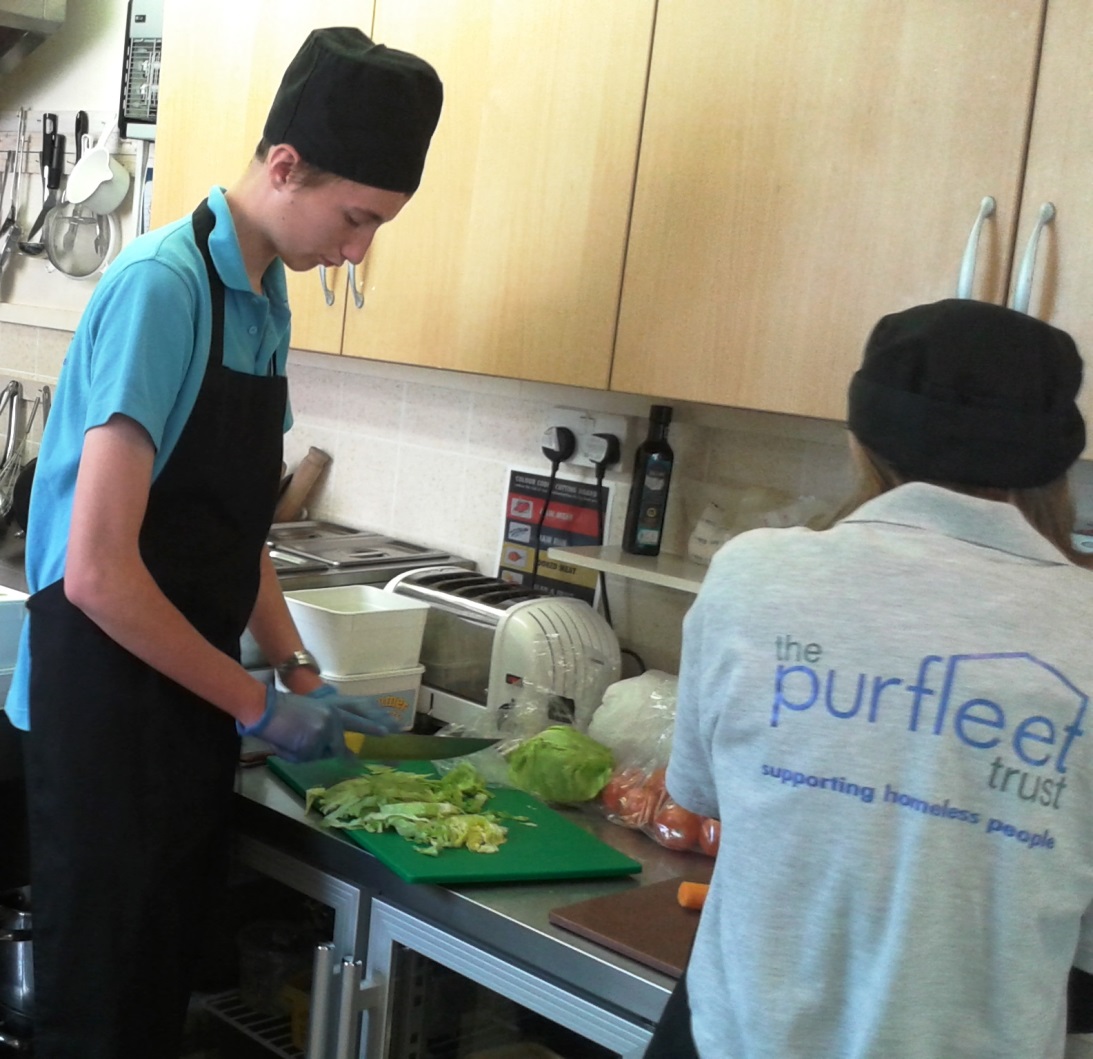 Fifteen-year-old Chris, from Churchill Park Complex Needs School in Norfolk, was referred to the Futures project by one of his teachers. They had heard about the project and the benefits it brings to young people in terms of developing skills, confidence and independence.

Chris has attention deficit hyperactivity disorder (ADHD), and can find the classroom environment difficult. At times this has led to conflict with staff and other pupils.

When Chris was referred to the Futures project he was uncertain about his future career. He was keen to attend the local college, but couldn’t decide between mechanics and catering. He had been given the opportunity to try mechanics at school. He also enjoyed cooking, both in class and at home, but had no experience of working in a catering environment.

Working in partnership with The Purfleet Trust, a local charity that supports homeless people, Volunteering Matters was able to offer Chris the opportunity to gain experience of working in a community café alongside other volunteers and paid staff.  This gave Chris the chance to learn more about all aspects of working in catering, and to talk to other people who had chosen a similar career.

Chris volunteered for a total of six sessions over a three month period.  He was accompanied by Volunteering Matters staff but actually needed very little support from the outset. Initially, he attended short afternoon sessions when the café was quiet, but it soon became clear that the kitchen environment suited him well and he started volunteering for longer sessions and eventually over the busy lunchtime period.

Encouraged by staff and other volunteers at the café, Chris has now decided to pursue a career in catering and will be starting a level 1 course in Catering and Hospitality this September.

“Initially Chris seemed unsure of what to expect at the Olive Branch. He was quiet and didn’t really engage too much in conversation. However, it soon became clear that he is something of a natural in the kitchen, and he quickly became part of our little team.

His confidence and abilities grew more with each visit and he showed a keen interest in learning new things. He soon started to use his own initiative, and towards the end of his placement he really seemed to enjoy himself. His personality came out more with each visit too..!

I am really pleased that he enjoyed his experience with us – it was lovely to have him as part of our team.”