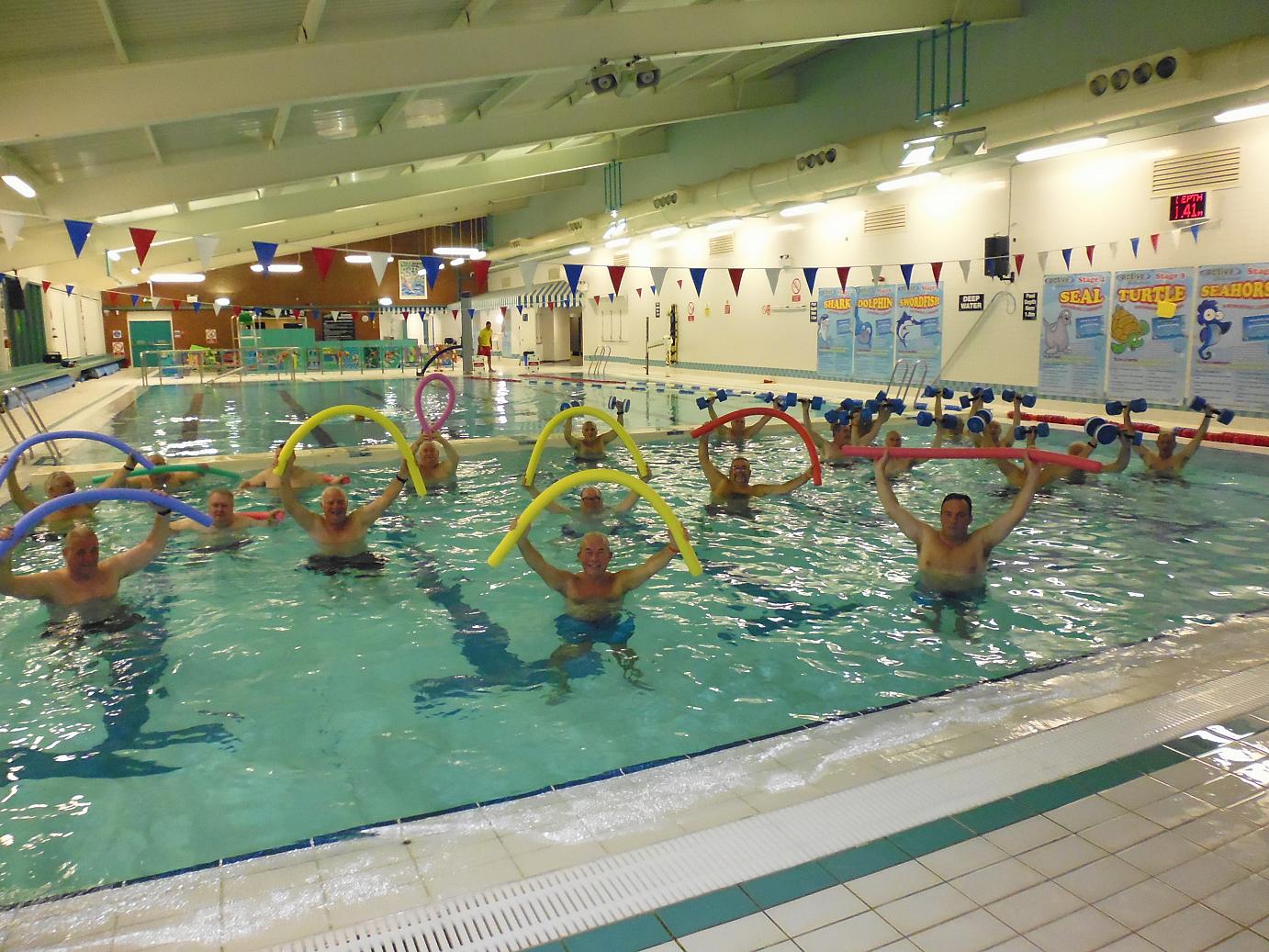 Paul was the UK Managing Director of a European company with over 300 employees for several years. He became ill during a work visit abroad and returned to the UK. He was admitted to hospital: his heart and kidneys were shutting down and oxygen was unable to reach his brain.  Having been in intensive care for a week, he then spent a further 18 weeks in hospital.

When discharged, he was expected never to walk or talk again as a result of the damage to his brain. The hospital organised out-patient physiotherapy sessions twice a week for both his walking and speech; his home was converted with a downstairs bedroom complete with ‘hospital bed’; and carers came in morning and night for over a year. He could not do anything for himself, even going to the toilet required support.

Before the accident he had only ‘tinkered’ with the gym, relying on a busy life at work and home to keep fit. The impact of attending Sporting Chance activities has been enormous, and given him his life back.

In his own words: “The physio referred me to Sporting Chance for chair-based exercises in July 2013, and I went along (in my wheelchair) without much hope. But the instructors were very welcoming and I was delighted by the support I was given by everyone else there and I decided that I would go every week. I stayed with this for nearly a year until, gradually, with the encouragement and support of the instructors, I built up the strength in my legs and was able to move to a Zimmer frame. This was an enormous ‘leap’ for me, and was encouraged by the physios.

By February 2014 I gave up the carers and all the hospital equipment, and was able to climb the stairs in my house, with my wife watching me, and go to bed and use the facilities of my home. I was introduced to the gym by my Sporting Chance instructors and given an exercise routine to further build up my strength. I found this very difficult at first, especially getting around the gym on my frame, but I persisted.  I stuck with this regimen for nearly a year – slowly going to more sessions until I was much stronger, and  I was able to swap my Frame for a (three legged) walking stick! I was encouraged by my instructors at Sporting Chance to try the aqua-aerobics class to further build up my legs – they took me along to see the swimming baths and to try out the lift that would get me into the water. Again, the men were very welcoming, and the instructor took my disability into account. By now I was going to Sporting Chance sessions four  times a week including the aqua-aerobics class.

In March 2015 I did away with my frame altogether as my walking was much improved. My talking has improved too: with the help of my speech therapist, I can now hold (simple) telephone conversations. My confidence has increased too and the walking, has really helped this. I was ‘forced’ to communicate with the other men in Sporting Chance, they have all been very patient with me and extremely helpful.  It is now October 2015 and I am trying to walk without my stick – I go to the gym and the swimming baths without it -something I thought would never happen.

Sporting Chance, its wonderful instructors and the other men have given me my life back. I do not know what I would have done without them. I would not have joined a gym on my own, I probably would have stayed in isolation feeling sorry for myself, getting depressed, and staying in my hospital room at home.  I am a long way from full recovery but, with the aid given to me by the instructors and wonderful members of Sporting Chance, I hope that my progress will continue.”