Home / About Us / Our People 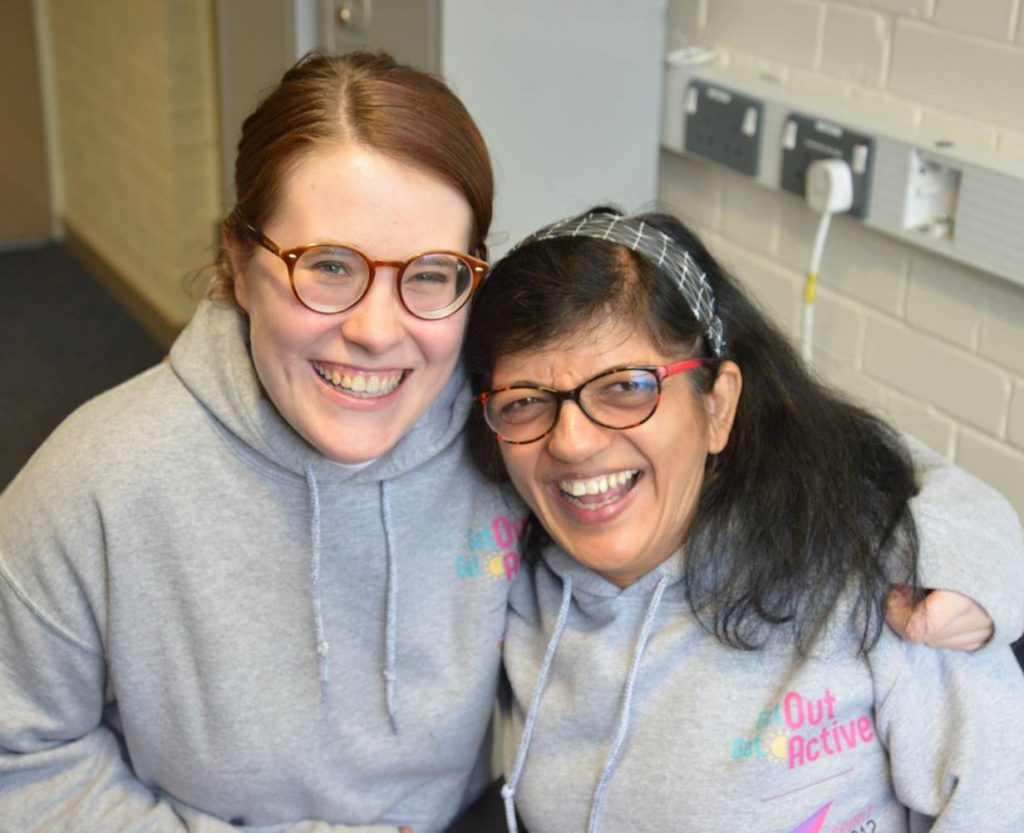 After initially starting life in the Private Sector, Paul made the leap into the charity sector to take up the post of Chief Executive of ProjectScotland, a Scottish based charity leading on the support of young scots to get on in life through volunteering.

A serial volunteer, he’s volunteered as a youth worker, sports coach, treasurer and trustee and chair roles of different charities.  Paul is now applying all that learning, knowledge and passion for the impact volunteering can have on people’s lives and communities to develop the work of Volunteering Matters.   Outside of work, Paul is a keen cricketer and cyclist.   The time spent doing both of those over the last few years has declined as he and his wife Lucy try and keep up with their three very active young children. 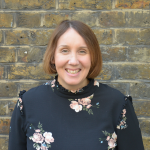 Emma joined Volunteering Matters in 2001 and began work with us delivering training in Volunteer Management to external organisations. Now, she is the Director of Delivery and is responsible for the operation of the charity’s volunteering and social action projects and programmes across the UK. This involves ensuring efficient and effective management, delivery against stakeholder requirements, and the development of delivery models which can be scaled and replicated and which demonstrate high social impact.

She is also a trustee of a charity based in Brighton that supports people in recovery from drug and alcohol addiction as well as being a Voluntary Sector Community Mentor and the Welfare Secretary for a community football club. 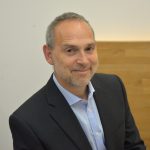 Michael is an experienced chartered accountant and psychodynamic counsellor with a broad strategic and people focused outlook. He brings to the role seven years leadership experience in two national charities, as well as in property, ethical retail and other commercial sectors. In recent years he was Director of Finance and Operations at City Year UK and Finance Director and Chief Operating Officer at UK Youth where he drove strategic and operational improvements to help deliver efficiencies in line with stakeholder expectations.

At Volunteering Matters Michael is responsible for ensuring we make best use of our resources to deliver maximum impact within the framework of a sustainable business model.

Stephen has been at Volunteering Matters since 2016. He has a background in supporting young people who have experience of the care system, and young offenders. Outside of work Stephen has a range of volunteer roles in his local community in Ipswich and Suffolk. He has volunteered as an Independent Visitor in Suffolk. Since 2014, been Vice-Chair of Trustees at The Mix, a Suffolk based Youth Work charity. Since 2018 a Governor of Highfield Maintained Nursery and Children’s Centre in Ipswich. In 2020 Stephen became a Trustee at Raedwald Academy Trust who operate alternative education provision in Ipswich. He’s also a volunteer football coach at St Margaret’s CEVA Primary in Ipswich. 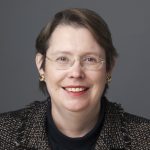 Anne has been Chair of Trustees at Volunteering Matters since 2015. She is also a member of the HR, Remuneration and Pensions Committee. Anne chairs the Thames Water Customer Challenge Group and is a board member of ORR, the rail and road regulator. She is also a lay member of the General Dental Council, a board member of ELEXON and also of Ofqual, the qualifications regulator. She was previously Director of Regulatory Affairs for BT Group, leading the regulatory negotiations that led to the creation of Openreach, where she then became MD, Strategy. Anne is also a trustee of NCVO and Ballet Boyz and sits on the Governance and Nominations Committee of Diabetes UK. 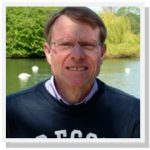 Andrew has been a Trustee at Volunteering Matters since 2015, and was appointed as Vice Chair of Trustees in 2017. He is a member of the Finance and Investment Committee, Audit Committee, and the HR, Remuneration and Pensions Committee. Andrew is a trustee at the Mayday Trust and Chair of Trustees at Hackney Doorways. He is also a non-executive Director at the Clarion Housing Group and the What Works Centre for Wellbeing, and an external member of the Finance Committee of Oxford University. He spent most of his executive career in public services, with spells as a Deputy Chief Executive at Essex County Council, Chief Executive at the Valuation Office Agency, and finally Director General, Public Services, at the Treasury from 2009– 2011. 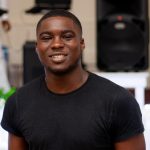 Emmanuel is currently the director of the award winning Science, Technology, Engineering and Mathematics (STEM) charity Generating Genius, who have supported over 450 young people progressing into STEM degrees and careers. He is also the founder and chair of Grace Sustains Africa, through which he has built water fountains, agricultural projects and classroom renovation in Sierra Leone. 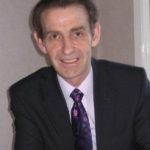 Peter  has been a Trustee of Volunteering Matters since 2017 and represents Scotland. Peter has extensive leadership and managerial experience in the social work and social care sectors within both local authority and the voluntary sector. In 2017 Peter retired as CEO of CrossReach – Church of Scotland Social Care Council, where he had been in post since 2009. Prior to this he was the HR Director for CrossReach having previously worked as a senior HR Professional in the Social Work Department of Strathclyde Regional Council. Since retiring Peter has also taken up a position with HMIPS as an Independent Prison Monitor. 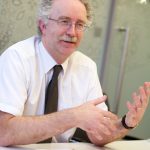 Simon has recently retired from the civil service, where he worked in a number of Government departments, specialising in policy and finance. 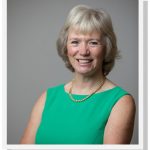 Julie has been a Trustee of Volunteering Matters since 2016 and volunteers with IntoUniversity and Beanstalk, the childrens’ reading charity. Julie is a Public Affairs and Media Consultant, currently working as a communications consultant for Quatro-pr. She is a former TV Producer for BBC and ITN and former Political Correspondent for The Daily Telegraph. She was also the Member of Parliament for Bromsgrove for 13 years (1997 – 2010). 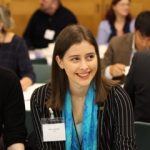 Katrina is from Edinburgh, and is currently in her first year of university at the London School of Economics. She has been a volunteer and activist since the age of 15, advocating on gender equality, human rights, and young peoples’ participation in society. She is part of youth-led network Youth For Change, which campaigns internationally on gender-based violence and is also an ambassador for the #iwill campaign, set up by HRH Prince of Wales, which encourages young people into social action and volunteering. 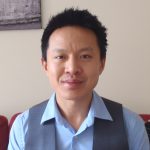 Patrick has been a Trustee of Volunteering Matters since 2016. Patrick is an award-winning Chartered and Certified Financial Planner with over a decade’s experience in long-term financial and investment planning for individuals, families and trustees. Patrick also has vast experience volunteering for a broad range of causes both locally and in Europe. He was shortlisted for the UK’s #GivingTuesday champion 2015 and invited to a parliamentary reception in recognition of his dedication to volunteering and numerous good deeds for non-profit organisations and elderly isolated people across London. 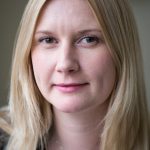 Sue is Chief Executive of Hackney-based charity Inspire, which creates opportunities for local young people to find their talents and thrive. Passionate about community involvement and equality, Sue was previously Deputy Chief Executive at national mentoring charity Brightside, and has been a board member for the Mentoring and Befriending Foundation and the National Education Opportunities Network (NEON). 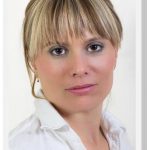 Katerina Rudiger has been a Trustee of Volunteering Matters since 2016, and is Chair of the HR, Remuneration and Pensions Committee. Katerina is the CIPD’s Chief Community Officer. She develops and manages the delivery of the CIPD’s strategy towards its volunteer workforce, community affairs, corporate social responsibility activities and the voluntary sector. Before joining the CIPD, Katerina worked in various research and policy roles for government bodies and think tanks in London and Brussels, looking at skills and employment issues in the UK and internationally. Katerina is the author of a series of policy and research reports on employment, skills and volunteering issues and is a regular commentator in the media and at external events. She also sits on a number of advisory and partnerships boards, including Team London, Plotr and Step up to Serve. 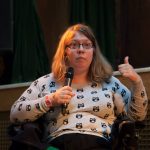 Zara lives in Scotland, and has worked in a wide variety of charities specialising in inclusion and participation work, particularly with young people.  She started volunteering when she was 10 years, and it has been an integral part of her life since. Zara is a Winston Churchill Memorial Trust fellow and has advised UK government, the British Council, the council of Europe and the European Union Agency for Fundamental Rights on disability and inclusion issues. Prior to joining Volunteering Matters Zara has been the Chair of Inclusion London and a trustee of ENIL, Outside in World, the Children’s Rights Alliance for England and Whizz-Kidz. 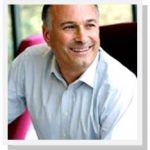 David Wilkinson has been a Trustee of Volunteering Matters since 2009. He is Chair of the Finance and Investment Committee, and also a member of the Audit
Committee. David is a business adviser from a financial background, helping entrepreneurs grow their companies and manage the issues and opportunities that come from rapidly scaling up their businesses. He is a Non-Executive Director and Chair of Audit Committee for the Goal Group of Companies, as well as Chairman of CH Bailey plc, and a Senior Independent Non-Executive Director at Be Heard Group plc. He is a former Ernst and Young Partner, with former roles as Head of Entrepreneurial Services and IPO Leader at Ernst and Young, and was an audit partner in London and Bristol offices for 24 years. 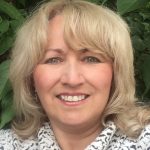 Iona Wyn has been a Trustee of Volunteering Matters since 2017 and represents Wales. Iona has been the Head of External Communications at the Welsh Government
since 2006. She is a Fellow of the CIPR and Joint Chair of CommsCymru – the network of public sector communication professionals in Wales. Iona is also a Wales Committee Member at Action for Children and is a former trustee at Ty Hafan. 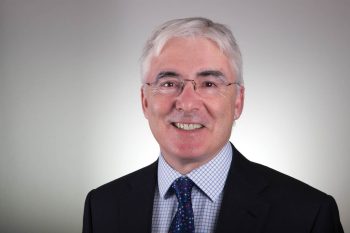 David Freud was the Minister for Welfare Reform from 2010 till the end of 2016. Beforehand, in 2008/09, he acted as adviser on welfare reform to the UK Government. This followed publication of his independent report in March 2007: “Reducing Dependency, Increasing Opportunity” on the Welfare to Work system.

He was the CEO of The Portland Trust in 2005-2008, whose mission is to encourage peace and stability between Israelis and Palestinians through economic means.

He spent 20 years at UBS, where he was Vice Chairman of Investment Banking and Global Head of Transport/Leisure/Business Services, retiring in 2003.

His book “Freud in the City” was published in May 2006 as an insider’s account of what really happened in the City of London through the financial revolution of the late twentieth century.

Prior to his banking career, David worked at the Financial Times for eight years, four of which were spent on the Lex column. He was educated at Whitgift School and Merton College, Oxford.

He has spent the last decade working with Volunteering Matters to develop the ground-breaking intergenerational mentoring project, Grandmentors.