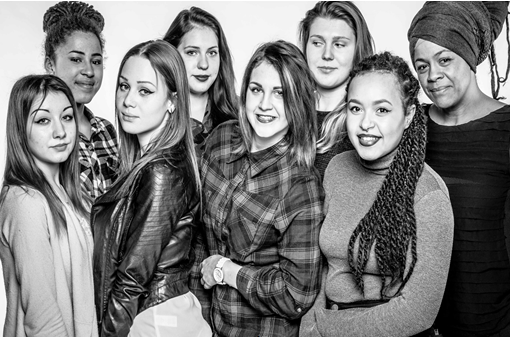 Public Affairs Manager Martin Jones gave us his thoughts on the House of Lords Select Committee on Citizenship and Civic Engagement.

If I were to write that this blog was going to be about the inquiry of the House of Lords Select Committee on Citizenship and Civic Engagement it is possible that you would stop whatever else you were doing, throw your hat joyously into the air and shout “Yes! I want to read this and I want to read it NOW!” It is also possible that that you might … not.  I would not dare assume which would be your most likely reaction.

Yet, despite its title, the work of this committee is not, in fact, nearly as dry as that half-eaten crust of toast that you found underneath the wardrobe last weekend.

To start with, the Committee ask some interesting questions but also make some possibly controversial statements:

The notion that, other than not breaking existing law, there should be legislation to make one behave in a citizenny (OK, I did just make that word up) way is not one I would personally be very comfortable with.  And, as much of the inquiry is focused on the integration of people newly-arrived in the UK, it could have a slightly dubious edge. Most of the (what I consider to be) anti-social behaviour I have experienced in my life has come from people born and bred in the UK. We surely do not want two different standards of ‘acceptable behaviour’ in our land.

To be fair, the job of an inquiry is to inquire and that is what this committee is doing. Challenging issues often require challenging questions. Volunteering Matters has made its own submission to the inquiry and we have chosen not to look too much at the role of government (there are others that will do that) but at the positive role we can all play as citizens in our local communities.

In Suffolk, for example, Volunteering Matters has projects that are working with people in ways that would be difficult for local, let alone national, government to do.

One such project, WASSUP (Women against Sexual Exploitation and Violence Speak Up), was set up in 2012 by a small group of young black and minority ethnic women in Ipswich to provide support for women who have experienced sexual exploitation, honour-based violence or domestic abuse and wanted to break down cultural barriers that were preventing young women from accessing support.

Stephen Skeet, Head of East England for Volunteering Matters, has been speaking to some of the young women who set up WASSUP and some who attended the sessions they ran (there is quite a lot of overlap; many attendees become volunteers).

One volunteer, Astra, is 16 but has already been volunteering for two years.

“Everyone faces challenges,” she said, “but if you have a support network and strategies to handle them they can be diffused quicker, be less destructive and a distressing event can be put in the past more easily.

“Confidence is just one of the things I have gained from volunteering. I am also better able to empathise with others and I try my best to not judge people and treat everyone with respect because I do not know what they’ve been through. Volunteering has changed me, my outlook and what I want to do in the future.”

Pretty much all the volunteers Stephen talked to mentioned increased levels of confidence from working with WASSUP but also recognised confidence as a vital aspect of standing up for yourself and others when faced with inappropriate behaviour.

It’s clear that WASSUP is a great example of a project that supports and enables people’s confidence, empathy and ultimately civic engagement.  It has brought many benefits for those young people who set it up, for the many people who have attended their workshops and for all the networks around them.

We know there are many ways in which government and society at large can support people – new arrivals and those born and brought up here – to play a full role in their local community. To me though, the message from the inspiring work of WASSUP says one thing very clearly indeed – if we want to see and support better civic engagement then volunteering matters.